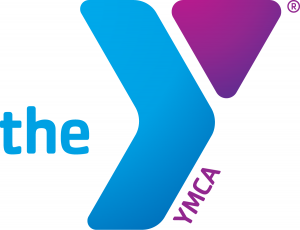 WASHINGTON, DC – Xenophon Strategies is performing crisis communications counsel to the YMCA of Metropolitan Washington in the wake of the June 14, 2017, shooting at an Alexandria ballpark involving the Congressional Republican baseball team.

“We have been an influential part of the greater DC community for nearly twenty years, and we are honored to help another exemplary community member get back on their feet after such an unfortunate event,” said David A. Fuscus, Xenophon Strategies’ CEO. “The YMCA team, led by Associate Director of Communications Dana Rucker, have worked hard to provide their community with frequent updates and emotional support during such a trying time.”

“The YMCA team, led by Associate Director of Communications Dana Rucker, have worked hard to provide their community with frequent updates and emotional support during such a trying time.”

Xenophon is providing senior-level strategic counsel and support to the YMCA’s communications team. Among Xenophon’s goals is to implement a steady stream of internal and external communications detailing the current state of operating procedures and ensure all staff and members are apprised of the emergency procedures and where they can find additional support.

“The Metropolitan Washington YMCA is an organization that believes in planning and training and their efforts to become better prepared for emergency situations should be applauded,” Fuscus continued. “Although no one wants to imagine the worst, planning for it should be top of mind for everyone.”

Xenophon Strategies has helped various clients with their communication needs through 14 major hurricanes, through every major U.S. commercial plane accident since the year 2000, as well as numerous other crises throughout its tenure. Hailed as one of the top Washington PR firms, Xenophon Strategies has provided a robust crisis communication practice since the company’s inception in 2000.

Amid a Crisis, Know How to Prepare Key Messages
Uzbekistan, Open for Business