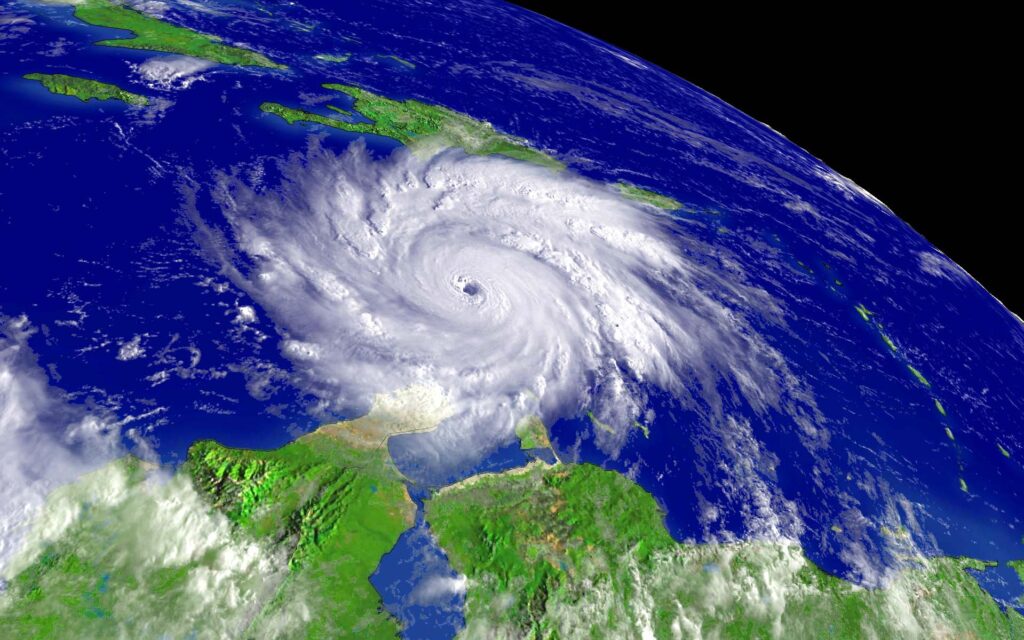 Hurricanes are the deadliest storms on earth and the National Oceanic and Atmospheric Administration (NOAA) has raised their prediction of storms to as many as 19 for the year —- making 2017 the most severe hurricane season since 2010. The reason for the increased forecast includes a number of environmental factors such as warmer water in the Atlantic. This means that organizations that could be impacted by a major storm should update (or create) a disaster management plan including crisis communication. 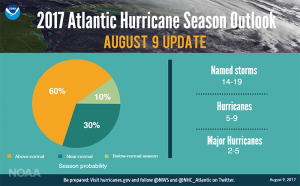 There have already been six named tropical storms in the Atlantic this year, twice as many as an average year. Eleven of the top years for named storms have occurred since 2000 and this year could be on track to join this infamous club. “We are now entering the peak of the season when the bulk of the storms usually form,” said Gerry Bell of NOAA’s Climate Prediction Center. Ninety-five percent of all named storms occur between mid-August and mid-November. 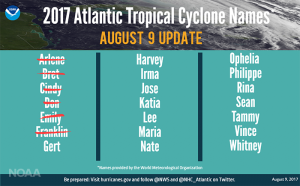 So, how should organizations who find themselves in a hurricanes path communicate to their stakeholders? Communications around hurricanes is different than most other natural disasters because there is substantial advance warning and we know the regions at risk.

In the U.S., the coast of the Gulf of Mexico, Florida and the east coast are the primary threatened areas. Atlantic hurricanes generally form off the coast of Africa and roll across the ocean picking up energy from the warm southern waters along the way. If a hurricane enters the Gulf of Mexico, the shallow warm waters acts like gasoline thrown on a fire. In 2005, Katrina entered the Gulf as a Category 1 storm (minimal damage) and within 12 hours had grown to the Category 5 (catastrophic) storm that devastated Louisiana and Mississippi.

Xenophon Strategies is at the top of the list for crisis communications firms and we have handled disaster communications for a wide variety of clients across numerous industries. Starting in 2004, Xenophon was the crisis PR firm for The Salvation Army on 13 major hurricanes including Katrina. Of course, most organizations don’t specialize in disaster support like The Salvation Army, but there are still lessons companies can use to ensure effective communications during a hurricane or other natural disaster.

It has been nine years since the Gulf Coast has been hit with a significant hurricane; when there are years between disasters, people and organizations become complacent. We forget that in 2004 and 2005 the Gulf Coast was devastated by six Category 3+ hurricanes or that the north U.S. east coast was mauled by Irene and Sandy back to back in 2011 and 2012. Meaningful disaster response and effective crisis communication is only possible with planning and NOAA’s prediction for the next three months should be the motivator to get started. If you are interested where to go next, check out my recent XenSight™ column on the Key Fundamentals of a Crisis Communication Plan or give us a call at 202-289-4001.