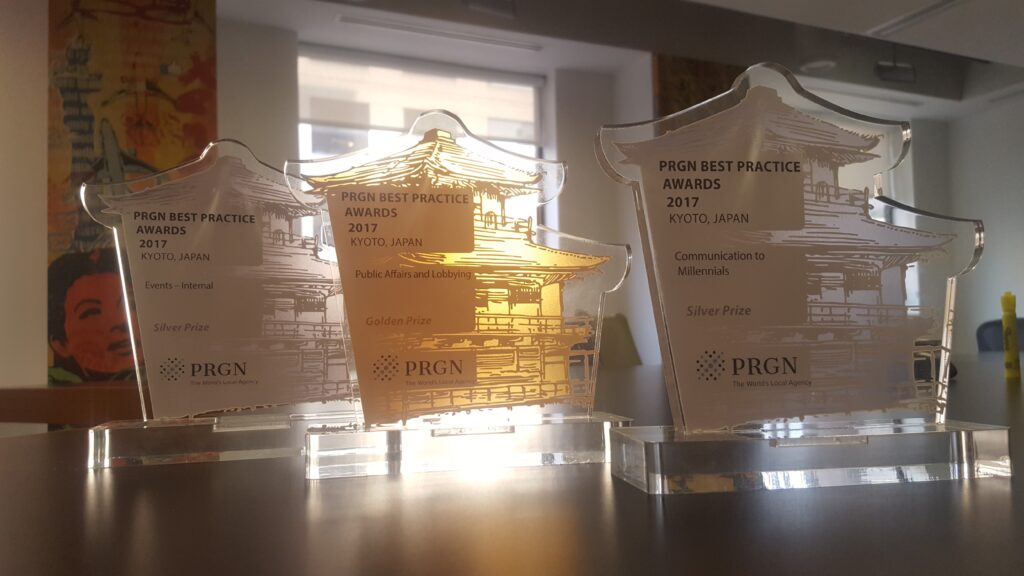 “The PRGN Best Practices Awards are among the most sought after and important international awards for the public relations industry,” said Xenophon CEO David Fuscus. “Xenophon has always been a communications pioneer and it is gratifying to be recognized for our work.”

The public affairs prize was awarded for the Town Without Trains campaign created for the Rail Passenger’s Association. The campaign was in response to the Trump Administration’s proposal to eliminate funding for all long distance trains in the United States. President Trump proposed a federal budget that would have eliminated long distance passenger rail service to 220 cities and towns in 23 states. The Rail Passenger’s Association called on Xenophon to develop a public affairs campaign to influence Congress to prevent this catastrophic blow to the nation’s transportation system.

The silver medal for Millennial Communications was awarded for work also done on behalf of the Rail Passengers Association. Xenophon Strategies developed the Summer by Rail campaign with the RPA to engage young adults and encourage them to enjoy the opportunities that modern rail service offers. Summer by Rail tracked two interns as they explored the U.S. by rail for a month last summer and used a combination of earned media, social media and public events.

The silver medal for Internal Campaigns was awarded to Xenophon for work for the firm’s long time client, which commemorated the company’s 15th anniversary.

As a leading PR agency in DC, Xenophon specializes in public affairs campaigns to impact legislative and regulatory policy in Washington. Xenophon previously won PRGN’s public affairs awards for Public Affairs Campaign of the Year in 2015, 2014 and 2011.

Xenophon Strategies is the Washington, DC member of the Public Relations Global Network. PRGN is an international network of 51 independent public relations agencies with over 900 employees and operations in 31 countries.

CSR – Good for People, Planet and Profit
Pitfalls to Avoid